For over 100 years, the Polebridge Mercantile has enchanted both visitors and locals alike with freshly baked goods, excellent sandwiches, general store wares, and rugged scenery untouched by the modern world. This off-the-grid destination is a favorite for those interested in experiencing a piece of Montana’s wonders.

Polebridge Mercantile is more than a place to just stop in to have a Huckleberry Bear Claw pastry, even though that is reason enough to go, because it has an adorable general store, post office, gas station and even a few cabins for rent, and don’t forget to stop into the Northern Lights Saloon for a drink and some music. It can be the perfect getaway for anyone interested in experiencing a little bit of how things used to be before cellphones, television, and noise.

THE HISTORY OF POLEBRIDGE

On May 11, 1910, President William Taft signed a bill establishing Glacier National Park as the country’s 10th national park with over 1 million acres of lakes, mountains, streams and forests. In 1914 , William L. “Bill” Adair built the Mercantile where he enjoyed fishing, growing cabbages while his wife ran the store. The Mercantile was actually known as Adair’s and Polebridge was the store.

The Mercantile actually did not sell any baked goods until 1994. Today, the baked goods are some of the most popular items drawing people to the Polebridge Mercantile from around the world. The bakery and most of the recipes were created by Dan Kaufman who was a third-generation baker from Idaho. Dan Kaufman owned the Mercantile for 15 years.

Today, Kalispell native, Will Hammerquist, owns the Polebridge Mercantile continuing the traditions of old and making new ones every year for locals and visitors to remember for a lifetime. 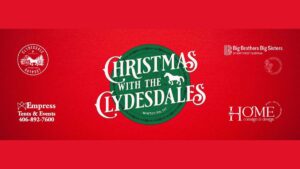 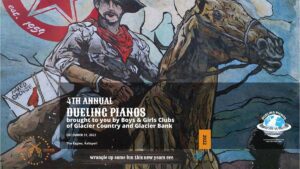 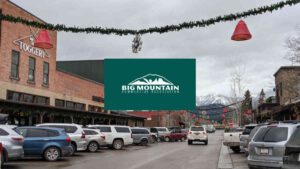 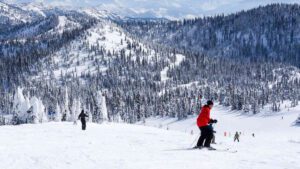 Let The Skiing Begin in Montana!